Betty Traynor became a member of Senior Action Network in 2000 and a Board member in 2008. She has been active in San Francisco as coordinator of the Friends of Boeddeker Park in the Tenderloin, is a board member of OWL (Older Women’s League), and a connector for her co-op with the Community Living Campaign.  She is also a core group member of the Women’s International League for Peace and Freedom-San Francisco branch. Betty played a lead role in the merger of Senior Action Network and Planning for Elders to become Senior and Disability Action in August 2012 and is currently Board President of the organization. You may contact her at btraynor@att.net.

Karen was born in Berkeley, almost 70 years ago. She has lived her life in the Bay Area, and wouldn’t have it any other way. Karen was a Licensed Clinical Social Worker for most of her professional life, worked with seniors, and used what she had learned to assist her parents through their declining years. She is married and divorced, has 2 children and 2 grandchildren. Now happily retired, Karen divides her activist life between SDA, and her neighborhood group, HANC, the Haight Ashbury Neighborhood Council. Maybe she’ll get a dog.

In addition to SDA, Michael Lyon works with the Gray Panthers of SF and the California Alliance for Retired Americans (CARA). After 40 years in SF’s Bernal Heights, he is newly returned to Berkeley where he lived a while as a kid. He has three wonderful kids, all with families of their own, within a half-hour drive, but he should see them more often. He hates sweet potatoes, eats prodigious quantities of fresh fruit, and he and his wife lead a simple life subsisting largely on tamales and trying to recover from lost sleep due to restless cats. On a more serious note, Michael is interested in health care issues and abhors capitalism and its racism and its corrosive effects on the working class, particularly minorities and those it deems “useless eaters;” elders, children, and people with disabilities.

Nader received his doctorate from Stanford University and is a licensed psychotherapist. His multicultural background has made him an advocate for different marginalized groups of society throughout his adult life. In 1992 he founded the non-profit organization Pacific Institute with the purpose of training psychotherapists in a multicultural, humanistic approach to psychotherapy and to provide affordable therapy services to the many diverse groups living in San Francisco. In 1994, noticing the often inhumane treatment of elders living in institutions, he developed an innovative gerontological wellness program in order to provide emotional support and mental health care services to elders. In 1997 Nader opened a residential care home for elders in San Francisco, and co-founded AgeSong with the purpose of caring more holistically for elders. AgeSong now manages multiple communities in the Bay Area.

Maria is retired but more active than ever. She has worked within the public sector in the field of aging for over twenty years.  As a Program Analyst for the San Francisco Department of Aging and Adult Services, she liaisoned with several non-profit organizations offering an array of services so elders and people living with disabilities can age in place with dignity and independence. For the past two decades she has been a union activist, serving as a shop steward, mentor and union officer for the Service Employees International Union Local 790. She currently represents SEIU 1021 on the San Francisco Labor Council. A strong advocate for building community and labor power, she is active in Jobs with Justice SF and Hand in Hand: the Domestic Employers Network, and she also serves on the board of Causa Justa :: Just Cause.

Ginger Martin has been a community advocate in the Haight Ashbury and Tenderloin neighborhoods for many years, advocating for community involvement at the city level on subjects like affordable housing and homeless issues. Ginger served on the San Francisco Local Homeless Coordinating Board for four years advocating for homeless youth and women’s issues. Ginger presently works with formerly homeless at Mercy Housing as a case manager. She has developed programs and worked with Larken Street Youth Services, Glide’s Women on the Move program, (SAGE) Standing Against Global Exploitation, SF Senior Center, Haight Ashbury Free Clinic, Walden House 890, and community courts. Ginger has been involved in conflict response at the SF city level with the Adult Sexual Assault Task Force, court deterrence, and MO/PEACE. 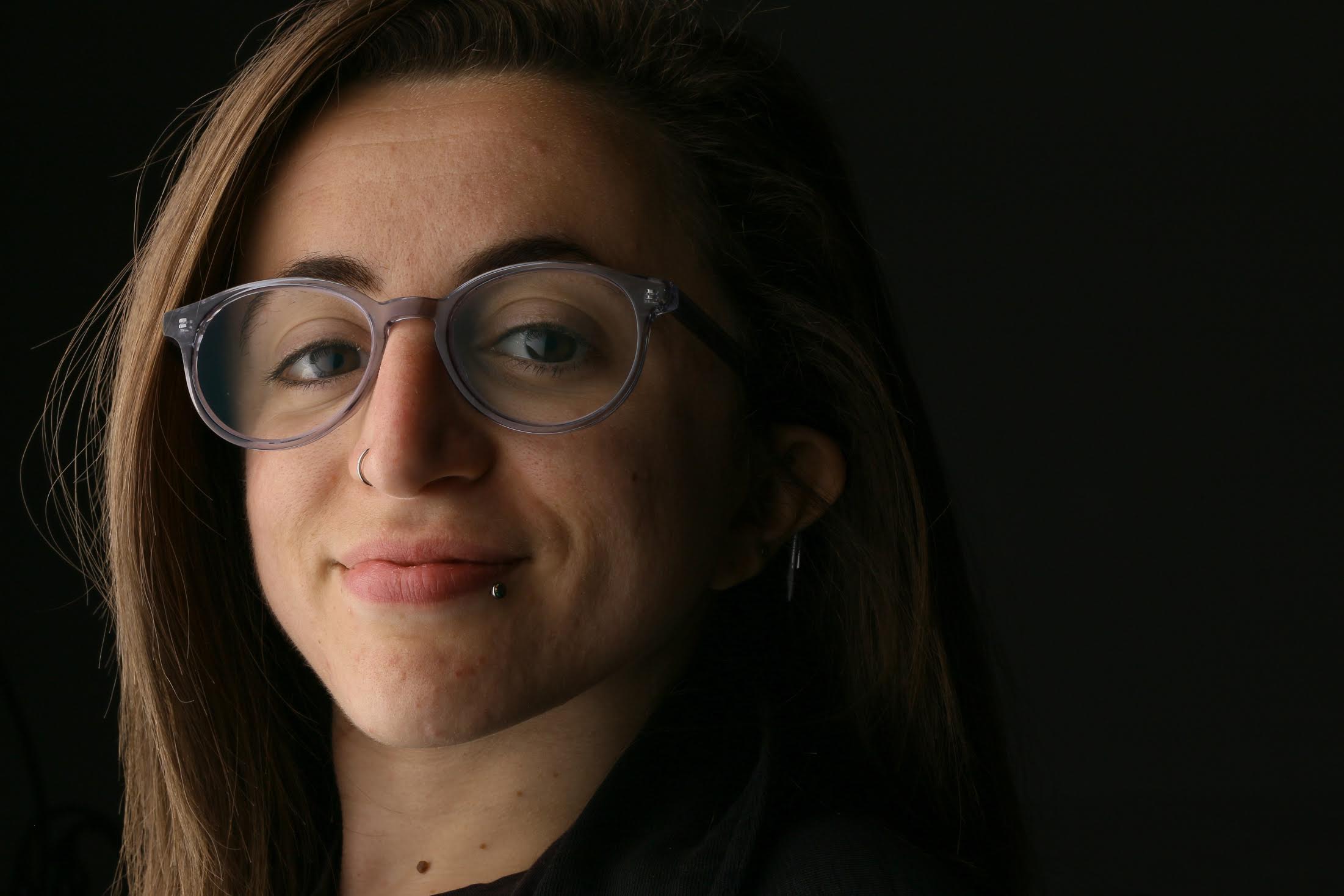 From the Bay Area, Allie Cannington is a white, jewish, queer, Disabled activist and organizer. Since gaining access to movements for disability rights and justice over ten years ago, Allie has organized people with disabilities on local, state, and national levels, always centering people with disabilities who live at the margins, including but not limited to LGBTQIA, Black, Indigenous, people of color, low/no income, and youth with disabilities. During the day, Allie works to advance more affordable, accessible, and inclusive housing at The Kelsey. Ultimately, Allie’s work is dedicated to unveiling everyone’s proximity to disability and to fueling justice movements that are intersectional, sustainable and intergenerational.

Juslyn has deep roots in serving the community from a young age. Being raised in the multi-ethnic city of Daly City gave her a deep appreciation for diversity. Juslyn has worked as a Community Service Worker with Filipino World War II veterans and managed the Bill Sorro Housing Program (BiSHoP), a program that helped low to moderate income families, find, defend and sustain their housing. Currently, she is a Community Engagement Manager for the 5M project of Brookfield Properties, a mixed use development in South of Market, San Francisco focused on arts and community. In this role Juslyn monitors the Community Benefits in Development Agreement and strives to create meaningful partnerships with nonprofits to impact social change. In 2018, Juslyn became the first Filipino American woman to become Mayor of Daly City, and she is now Mayor for a second term. In addition to her role with SDA, she serves on the boards of the South of Market Business Association and the Filipino Community Development Corporation. Juslyn is raising two young children with her husband.

Beverly is a longtime resident of the Bayview and a beloved elder in San Francisco, celebrating her 90th birthday in 2021. She taught public school for many years, first in her home state of Louisiana and then in California. Upon retirement, she shared her time and gifts with church and community. Beverly, or Ms. Taylor as she is known, leads the Network for Elders, a senior empowerment organization designed to inform seniors about the issues and services that are important to them and their community. She is also active in the Community Living Campaign, and she coordinates the food pantry at her church, St. Paul Tabernacle Baptist. She serves on San Francisco’s Advisory Committee on Aging, the Dignity Fund Oversight and Advisory Committee, and the board of the San Francisco Faith-Based Coalition. SDA member Melanie Grossman says, “Beverly has been a leader and advocate for older women in her community.” Chester Williams of the Community Living Campaign says, “Commitment to the community describes her; she’s always available to help the betterment of seniors within the community.” Read more about Beverly Taylor here.

Lolita Kintanar has devoted her life to supporting the Filipino community and all seniors and people with disabilities. She worked for many years as Director of Canon Kip Senior Center, a program of the Episcopal Community Services, a nonprofit organization which provides food, jobs, and other services for seniors, people with disabilities, and unhoused people. Lolita technically retired but is active with the Felton Institute and serves on the boards of the Pilipino Senior Resource Center and API Legal Outreach. She was named one of the 100 Most Influential Filipina Women in the US by the Filipina Women’s Network, and her birthday is on International Women’s Day.